Detecting and repairing foundation problems in your home can help you save a lot of money. This is because when you detect problems such as foundation cracks or wall bowing early, you are likely to contain the problem before it develops into a major issue that will require a lot of repair work. For instance, if you notice that your wall is bowing, you can fix the problem before the wall develops horizontal cracks, which are a sign of notable structural damage. 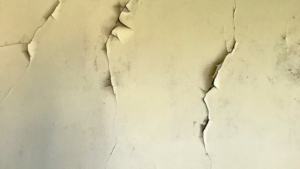 Below are 6 signs that indicate that your house requires foundation repair:

If you start experiencing problems when opening or closing some of the windows or doors in your house, this could be an indication that the foundation has some problems. If there is no visible thing that is causing the window or door to be sticky, the foundation could have moved and affected the position of the walls. When the frame of the door or window bends or gets twisted because of these changes, you start experiencing opening or closing problems.

Sagging or uneven floors are a sign of uneven foundation settling. When one side of the foundation sinks more than the others, the floor will sag or sink on one side, thus becoming uneven. This is a sign that you need foundation repair.

While the occurrence of vertical cracks on foundations and walls is common and the cracks do not signal much damage, you need to be concerned about diagonal and horizontal cracks. Diagonal cracks indicate differential settling of the foundation while horizontal cracks point to more serious foundation damage.

If you notice that one side of your house has sunk more than the others, the house’s foundation has problems that need to be repaired. The uneven sinking may be caused by soil that is unable to bear the weight of the house. It could also be caused by poor workmanship during the process of constructing the foundation.

If your basement is constantly wet or damp, this means that water is seeping in. Water seepage through the foundation is dangerous because it can lead to the formation of cracks and cause further damage to the foundation.

Another sign that your foundation needs repair is the occurrence of gaps between the wall and the floor or the ceiling. The gaps are likely due to uneven foundation settling.