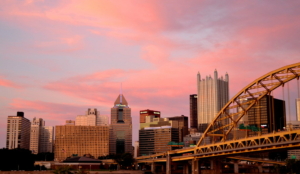 Everdry Waterproofing is PA’s #1 Basement Waterproofing Company. Everdry specializes in basement waterproofing crawlspace waterproofing and foundation repair. Our patented, safe and 100% effective waterproofing method can be used on foundations consisting of poured concrete, block, brick, stone, red clay tile plus crawl spaces and slabs. We have been in business for more than 35 years and have over 90,000 satisfied customers. Everdry Professionals take a personal one-on-one approach in helping homeowners to understand their options for creating a safe, dry and livable space in their basements. Everdry Waterproofing repairs all causes of basement seepage, including seepage through foundation wall cracks, window wells, porous concrete and masonry walls. We address floor leaks, whether water is coming upward through floor cracks and/or the cove joint (where the floor and wall meet).

Everdry Waterproofing offers important information on basement waterproofing and foundation repair, including possible causes and solutions. And remember, if you need a free inspection, an estimate, an installation, or just a few questions answered about wet basements, basement waterproofing, or foundation repair, we’re here to help you. No one wants a basement water problem; we realize that. But if you have one, Everdry has the experience, integrity and customer-focused dedication you expect and deserve. Everdry’s licensed, insured and trained team, equipped with proven waterproofing skills and materials, will bring your water leakage problems to an end.

Everdry Pittsburgh is the areas premier basement waterproofing and foundation repair company. In an area with an abundance of older homes, it is a good idea to have your home inspected and if needed waterproofed, by a professional. Everdry Pittsburgh provides services in the metro area, as well as the surrounding suburbs. Contact Everdry Pittsburgh for a FREE consultation.

Evans City is the name given in 1882 at the city’s incorporation of a borough of an old settlement. It is situated on Breakneck Creek. Its site was for a long time a favorite camping ground for the Indians, who named the creek Big Beaver run; while the French knew it as Casse-cou-anse or Breakneck creek,–a name adopted by travelers between Fort Duquesne and Fort Machault, and by the English speaking pioneers of the original township of Connoquenessing, Pennsylvania. Evans City is conveniently located just two miles from Interstate 79 and Route 19, and 25 minutes from Interstates 279 and 80. The town officially changed its name in 1968 but actually originated in 1790 when Robert Boggs acquired property to start a grist mill. He christened the property Boggs Mill. Boggs sold the property and mill to Thomas Evans in 1836. Evans built a new mill and developed plans for a village which he named Evansburg.

When oil was discovered in 1915, it precipitated the growth of the little town. Although over drilling quickly depleted the oil supply, both the town and its businesses flourished. Even before Evansburg experienced such rapid growth, it had an important accouterment, a post office. The original, built-in 1837, was called Breakneck. In 1882, its name was changed to Evans City. Concurrently, Evansburg Boro was incorporated. Today, Evans City has nearly 3,000 residents, most of whom share the same German heritage as the early settlers who came here. In honor of this ancestry, Evans City Chamber of Commerce has the Oktoberfest. As of the census of 2000, there were 2,009 people, 819 households, and 548 families residing in the borough. The population density was 2,476.1 people per square mile (957.6/km²). There were 850 housing units at an average density of 1,047.6 per square mile (405.2/km²). The racial makeup of the borough was 99.10% White, 0.15% African American, 0.10% Native American, 0.25% Asian, 0.05% Pacific Islander, and 0.35% from two or more races. Hispanic or Latino of any race were 0.05% of the population.