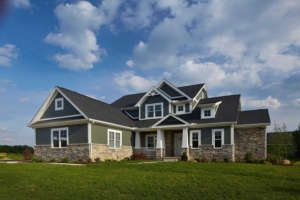 Greensburg is a city in and the county seat of Westmoreland County, Pennsylvania, United States, and a part of the Pittsburgh Metro Area. The city lies within the Laurel Highlands and the ecoregion of the Western Allegheny Plateau. The city is named after Nathanael Greene, a major general of the Continental Army in the American Revolutionary War. The population was 14,892 at the 2010 census. Located 30 miles southeast of Pittsburgh, Greensburg is a major business, academic, tourism and cultural center in Western Pennsylvania. It is evident as the city’s population doubles during work hours. The city ranks seventh in Pennsylvania in daytime growth, behind Pittsburgh, Philadelphia, Harrisburg, King of Prussia, Lancaster, and State College. It also ranks 16th in the United States for daytime growth among towns with a resident population between 15,000 and 24,999. In 2007, Greensburg was ranked as one of the “Best Places to Retire” in Pennsylvania by U.S. News & World Report.

After the end of the Revolutionary War, an inn was built along a wagon trail that stretched from Philadelphia west over the Appalachian Mountains to Fort Pitt, now the city of Pittsburgh. A tiny settlement known as Newtown grew around the inn, today the center of Greensburg’s Business District at the intersection of Pittsburgh and Main Streets. At Pittsburgh, the wagon trail became Penn Avenue. Newtown became the Westmoreland County seat in 1785, after the original county seat, Hannastown, was damaged during a raid by Seneca people and Canadian rangers. On December 10, 1785 county officials entered into an agreement with Christopher Truby and William Jack to purchase two acres of land in Newtown on which to erect public buildings.

The first courthouse and jail were a single building, built of logs and heavy plank. The jail portion had a heavy stone wall that extended some distance above the ground, “perhaps to keep prisoners from cutting their way out.” Court was first held in this structure on January 7, 1787. The Westmoreland County Courthouse, in its various incarnations, has stood on this site ever since. The area surrounding the courthouse became Greensburg (“Greenesburgh”, as some documents referred to it at the time). It was named for American Revolutionary War General Nathanael Greene. Greensburg was formally incorporated as a borough on February 9, 1799, making it the first borough in the county. In the early 19th century, Greensburg had very little growth in population (see population data table in this article). After 1850, Greensburg became a growing county seat with inns and small businesses. It was a railroad stop and the discovery of large areas of soft coal nearby made it the center of a vigorous mining industry in the late 19th century and early 20th century. Seton Hill College, formerly St. Joseph’s Academy, became a four-year women’s institution in 1918. Greensburg became a City of the Third Class on January 2, 1928. After World War II, more residential areas were developed in various sections of town. Greensburg’s cultural status grew as the Westmoreland County Museum of Art opened in 1959 and the University of Pittsburgh founded the branch campus, University of Pittsburgh at Greensburg, in 1963, now located in Hempfield Township.

The opening of Greengate Mall and Westmoreland Mall in 1965 and 1977, respectively, marked a new era for retail shopping in the area, but negatively impacted retail businesses in Downtown Greensburg’s shopping district. Changes in local shopping habits had already taken its toll by the late 1970s when Troutman’s Department Store closed. By the mid-1990s, city officials shifted its revitalization plans on the cultural aspects of Downtown Greensburg, such as the restorations of the Palace Theater and the historic Train Station, as well as a new, recently opened performing arts center for Seton Hill University. Also, in July 2009, Lake Erie College of Osteopathic Medicine, the largest medical school in the country, opened a satellite campus at Seton Hill University. Now over 200 students study at LECOM at Seton Hill every year. As part of this ongoing transition, an expansion of the Westmoreland Museum of American Art was completed in 2015.