Spiders and Ants and Bugs – OH MY!

Spiders and Ants and Bugs – OH MY! 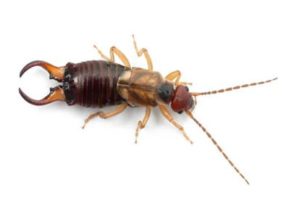 One thing is certain about most basements – and that’s their tendency to be inhabited (infested) by insects. Some people get scared and run away at the sight of a bug. Others get disgusted. Others go on the attack with the broom and a spray bottle of insecticide in-hand. But the fact still remains, many basements are occupied by much more than just their human inhabitants.

Why are bugs and crawly things so enamored with the basement? Well, quite frankly, there are a number of reasons.

Besides the obvious reason – the fact that basements are underground – water is a major reason why insects love basements. Basements are often full of moist walls, leaky cracks, sweating pipes, leaky washing machines and sinks. Not to mention that your basement is likely the most susceptible part of your house to flooding during heavy or seasonal rains and when the winter’s snow melts. It is quite common for water to leak into basements from cracks in the foundation of your home, and other not-so-obvious foundation issues.

Another reason is that, like it or not – bugs don’t like you! They don’t like you around, and they definitely don’t like to see you. The basement provides plenty of “dark spaces” where bugs and other pests can find places to hide from you; and to reproduce. And by the way, for those of you who think that just a couple spider webs are “normal”, well think again. Spiders only inhabit areas where the temperature is right for them, where they can avoid you and where they have plenty of food. If your basement is moist and dark – there are plenty of reasons for spiders to stay – they feast on all those other bugs! The more bugs, the more spiders; the more spiders, the more bugs.

By ridding your basement of excess and/or latent moisture and possibly updating the lighting, you will decrease the likelihood of your “cellar dwellers” being of the more-than two-
legged variety. 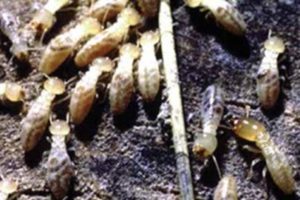 I would be remiss in not mentioning the obvious. The basement is often the first spot that termites will strike your house. Even in the winter, termites can invade your basement because, invading from below the frost line where the temperature is constant. While ugly and creepy looking, termites aren’t the kind of “friends” you want in your basement. They eat your wood and can cause your home to become structurally unstable.

Have a lot of non-paying residents in your basement? Call Everdry Pittsburgh today for a free basement inspection – 800.388.3837!

View all posts by everdrypittsburgh

We’re here to help you!