It is certainly a relief to have the rains back again after a long while. They come to refresh the earth and bring forth new life. However, with the rains also comes flooding. This can be a headache, especially for those with basements.

But this does not mean that you are completely protected from flooding. A battery backup system can fail, just like the primary system. When it does, you will end up with a flooded basement. If you want to avoid this, you should check for the following most common causes of failure in battery backup systems. 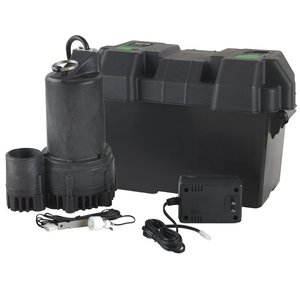 It is not uncommon to find that discharge lines have frozen over in the winter. When this happens, the residual water within the line also freezes. This results in the blocking of the system. Your system can fail as a result.

Discharge lines can also become clogged as a result of the accumulation of debris such as gravel, silt, leaves or twigs accumulating in the line. This will prevent the pump from discharging water properly and result in backflow and flooding of the basement.

This is often a result of poor or incorrect setup of the battery. The battery of the battery backup system will not charge as it is meant to. This can cause the system to fail when it is needed.

The power failure could also be a result of worn-out terminals or damaged wires. It is therefore important to check connections and wiring of the system to ensure that everything is in good condition.

Your backup system should be treated with the same level of care as your primary pump system. It should, therefore, be tested and maintained just as often. A good rule of thumb is to have your entire system inspected by a professional at least once a year. You should, however, run a test of the entire system at least once every two months. This will help you catch any problems before they become worse.